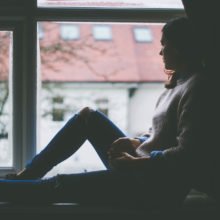 A multitude of factors contribute to the development of clinical depression.

When it comes to the etiology of clinical depression, the question most often asked is: Is it biological or environmental? The answer to this question, according to Dr. Myrna Weissman, professor of epidemiology in psychiatry at the Columbia University Irving Medical Center is: “yes.” Depression isn’t simply environmental or biological. It is both.

Despite decades of scientific research, some continue to cling tightly to their own beliefs about the causes of depression. “There are two camps.” says Moira Rynn, director of child and adolescent psychiatry at the New York State Psychiatric Institute. “The very biologically oriented and the patient-oriented.” Rynn, who describes herself as “in the middle of this tug-of-war” in a 2016 Washington Post article, says she is concerned that “we are going to lose a generation of researchers who understand that identifying the influences of a patient’s environment, relationships and access to care is just as important as finding the biological markers of their illness.”

“A lot of confusion among the lay public surrounds the issue of whether depression is a function of our biology, or a function of our environment.” says Dr. Eric Nestler, MD, PhD, Mount Sinai and Member of Task Force at Hope for Depression Research Foundation . According to Nestler, depression is about 35% heritable or genetic. “This means that depression also depends heavily (~65%) on life experiences. The grey area is that life experience can change the activity of genes in our cells. So in essence, says Nestler, “it is a false dichotomy to separate the environmental from the biological. Depression is like any other major illness in that it is a function of our biology being altered by our environment.” He uses the analogy of coal miners who get lung cancer or heart attack victims who don’t exercise and lead an unhealthy lifestyle.

“As with asthma, predisposition and environment conspire.” says Andrew Solomon, author of The Noonday Demon: An Atlas of Depression. “Syndrome and symptom cause each other: loneliness is depressing, but depression also causes loneliness.” In his book, Solomon quotes Ellen Frank of the University of Pittsburgh: “Experiences in childhood can scar the brain and leave one vulnerable to depression. When patients recover from depression by means of psychotherapy, we see the same changes in, for example, sleep EEG as when they receive medication.” says Frank. “A socially generated depression does not necessarily need psychosocial treatment, nor a biologically generated one a biological treatment.”

The long-held belief in the medical professional was that clinical depression was primarily the result of a chemical imbalance. This theory has since been challenged. So how does one explain the positive effects of antidepressants, believed to work by their altering of these chemicals? “We don’t exactly know.” says Weissman. “We know that there is a biological component.” Precisely what that component is, according to Weissman, is still in active research.

Fortunately, we have been blessed with advances in technology, such as MRI imaging, that help us understand the science of depression and other mental illnesses. “Neurotransmitters are not the only important part of the machinery…but let’s not diminish their importance either.” Says Dr. David Hellerstein, Professor of Clinical Psychiatry at Columbia University Medical Center. According to Hellerstein, brain imaging studies show measurable changes in key areas of the brain of depressed individuals compared to non-depressed individuals. “They are deeply involved in how nerve cells communicate with one another [and] a component of brain function that we can often influence to good ends.” says Hellerstein. “Changes in the function and effect of these neurotransmitters and how they interact with neurocircuits involved in maintaining mood stability may play a significant role in depression and its treatment.”

Through decades of research, Weissman and colleagues have come to surmise that one of the most significant factors in depression, regardless of genetic vulnerability, is life stressors. Specifically, breaks in interpersonal attachments. Even low-risk individuals or those with no genetic predisposition, Weissman explains, can develop depression in response to devastating life events such as the loss of a loved one, divorce and interpersonal disputes.

In other words, the environment can tip any one of us into depression.

Is depression a “disease of the brain?”

“What we call illness is really quite arbitrary; in the case of depression, it is also in perpetual flux.” – Andrew Solomon, The Noonday Demon.

Depression is a complex disorder that involves multiple systems of the body. Among these is the central nervous system. Whether as a cause or an effect, depression and changes in brain structure co-exist. If these structural differences, such as cortical thinning seen in the scans of depressed individuals, were pre-existing or were developed over time as a result of depression is uncertain. Regardless, what all of these factors convey is that there is something going on in the body. Refusing to recognize this science perpetuates the lingering stigma that surrounds mental illness.

In the final analysis, there is no single cause but rather, a multitude of factors that conspire to bring about a depressive episode. To echo Weissman and other experts, it is not biology or environment or trauma. It is too complex a disorder to simplify or lump into one category. Humans are not a one-size-fits-all species and depression is not a one-size-fits-all disease. As we continue to make advances in medicine and in technology, the hope is that one day we will have a clearer understanding and even more effective treatments.

In the meantime, here’s a thought: How about we put aside our tightly held convictions about absolute causes of depression and focus that energy on fighting stigma and inferior treatment of mental illness? By doing so, perhaps we can prevent more suicides and improve the quality of millions of lives all over the world.

If you are experiencing suicidal thoughts, call the National Suicide Prevention Hotline at 1-800-273-8255.