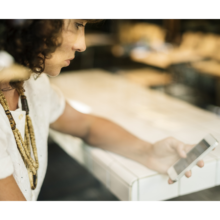 The Psychology of Modern Dating

How online dating is changing our fundamental interpersonal processes.

Navigating the modern dating world can be a venture rife with disappointment and disillusionment. On the other hand, dating can lead to a lifelong partnership. Sadly, for many it is more often the former. From dating fatigue to the sting of rejection, even the most confident daters are not immune to the negative effects of dating on psychological and emotional well-being. And for those who struggle with self-worth, these effects can be especially harmful.

According to social researchers, “Online dating has produced some of the most profound and widespread changes to traditional courtship that have been seen in decades—namely, its effects on fundamental interpersonal processes.” And in an increasingly commoditized dating landscape, these changes are not always for the better. According to online dating coach and founder of ProfileHelper.com, Eric Resnick, “[Swipe apps] have trained the newest generation of single adults to look at online dating as more of a video game than as a viable way to make a real connection.”

“We are in the process of redefining how humans communicate and potentially how we fall in love,” says Venus Nicolino (aka Dr. V), relationship expert and author of Bad Advice: How to Survive and Thrive in an Age of Bullsh*t. She says that when we spend the majority of the courting process using electronic communication such as text, all we are doing is projecting our insecurities onto a screen. “We are basically having a relationship with the most insecure parts of ourselves,” Nicolino adds.

Trish McDermott is a dating coach and a founding team member of Match.com. As one of the “inventors of online dating,” she says:

Sometimes I feel like I broke dating. Our goals were lofty building Match, and the online dating industry, back in 1995. We were going to bring more love to the planet. But even from the early days I cautioned singles not to hide behind the tech we were introducing to behave in ways they would not behave in the real world. And I worried that so much romantic opportunity would require some maturity for singles to manage respectfully. Sometimes it’s tough to realize that we really did change the way the world found love, but the new path may not be a better one for many. What we see now is a new language to describe behaviors that abundant romantic opportunity has created.

This new language to which McDermott refers describes some of the toxic dating behaviors that have emerged as a result of online dating, including the following:

Whether selecting a life partner or a dinner entrée, having too many available options can be detrimental. In his book Paradox of Choice: Why More is Less, psychologist Barry Schwartz explains how having an abundance of choices, in any realm, can increase levels of anxiety and depression… not to mention wasted time. At some point, Schwartz writes, “choice no longer liberates, but debilitates.”

“People have access to more options than ever, so much so that a single option feels disposable,” says author and CEO of Plum Dating and author of The Love Gap Jenna Birch. “This often leaves people second-guessing themselves and wondering if they could have done better. We place a higher value on the things we have to work for, or the things we take a risk to get.”

Yes, there are plenty of fish in the sea. But if it is an authentic connection you are seeking, you’ll eventually have to venture outside of the shallow waters—as scary as that may seem.

In a culture of dispensability, where relationships are recycled and dates ordered from a menu of options, it is easy to become disillusioned with the whole process. Despite this, romantic opportunities online abound. Given the sheer number of marriages and children that have been produced through online dating, it is hard to argue that sentiment.

So, if you are armed with knowledge, realistic expectations and most importantly, a heavy dose of self-compassion, it is possible to avoid—or at least minimize—some of the pitfalls and to date smarter, without compromising your self-esteem and emotional well-being.

Nicolino, V. (2018) Bad Advice: How to Survive and Thrive in an Age of Bullsh*t. HarperOne

Schwartz, B. ( 2004).The Paradox of Choice: Why More is Less. Harper Perennial

« Forgiveness, Healing, and the Power of Compassion
Maintaining Confidence Throughout the Dating Process »