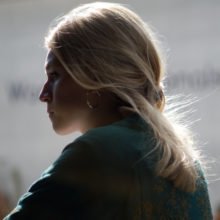 Touch a hot stove and your hand starts to hurt because of the pain. That’s your brain’s way of telling you something. Perhaps don’t touch a hot stove? Without our body and brain working in tandem to interpret pain signals, we wouldn’t be aware that our body needs care or that there is something to do differently next time.

Emotions work in telling us something in the same way that physical pain does. When we have a strong relationship with ourselves and our feeling states, we can use emotions as instincts. Emotions are usually an internal reaction to something, whether a situation, thought, or another feeling. Because they are rooted within us, they naturally have significance in understanding our own unique experiences.

Emotions often get a bad rap, unfortunately. They can be confusing and overwhelming and as a result, we try to push them away and deny them completely. But that’s like trying to sleep through the night with the smoke detector alarm going off. When we begin to see emotions as working with us instead of against us, we can channel them into shifting our thought processes and even behaviors. They can become one of the most effective mechanisms of change.

For example, anger is an emotion that for some, is difficult to express because of social norms and negative connotations. Instead, anger is suppressed and likely plays out in unwanted ways elsewhere, such as passive aggression. If we become more mindful of our inner experiences of anger, we can begin to detect patterns as to what prompts this feeling. Perhaps, we feel most angry when others make assumptions about us. Deny anger and that behavior continues. Embrace anger and channel it into effective communication, and we’ve managed to both identify and implement boundaries in relationships. Anger then becomes an instinct that tells us what’s important to us and how to stand up for ourselves.

Channeling and effectively expressing an emotion, like anger for example, can happen in many ways. It can simply be, “I’m angry with you.” It can also be used to bring people even closer. A patient of mine began to explore her experiences of anger and frustration in sessions. She felt angry toward her father for continuously finding fault in her opinions and actions. She felt as though she needed to be prepared to defend herself and this generalized to other relationships where she came across as guarded. With time my patient began to regulate her anger so she could respond to her father in a manner that was not defensive. She was able to take a step back, help him observe the pattern they had both fallen in to, and encourage him to be curious about what was making him so upset.

This outcome of this intervention is twofold: my patient communicated her feelings in the given moment AND she replaced a long-standing pattern with a healthier one. Her instinct signaled the part of her relationship with her father that needed attention and she used her instinct to strengthen her relationship.

Emotions don’t occur in a vacuum of human experience and so they cannot not be ignored. The next time you have a strong emotional reaction to something, ask yourself – “What are my instincts telling me?”

« The Key to Healthier Relationships
Say Goodbye to Your Inner Critic »